Simplicity. In some cases less is more and silence can be the loudest instrument. Yet, it feels many can’t bear the idea of multi-layered compositions where there is a dialogue and sometimes unisound other times cacophonic togetherness. Instead, blunt overspeaking and emphasizes rule both contemporary pop/rock and easy listening compositions. Where and how can we find the true resonance in a musical piece? Johnny HachemJohnny Hachem: This is a very interesting question and can’t be answered shortly but what I want to say, for me, it always depends on the beauty of the music. You can listen to a very complicated musical composition which can easily enter into the ears of the audience due to its beauty. I will also talk about Rachmaninov here who composed the most difficult piano concertos in history, but everyone loves those concertos because they are amazingly beautiful. As for myself, every piece must be unique and must reflect a certain story – and it can be very simple but beautiful and deep at the same time. Jacob & Rachel is not a complicated orchestral piece and you can always hear the beautiful love melodies inside. Also, it has won an international award because I could make the combination between the simplicity and uniqueness at the same time.

He also composed a very successful orchestral piece, ‘The Battle of Siddim’, now known as ‘The Valley of the Dead Sea.’ This composition has been chosen and performed by The Lebanese Philharmonic, Lebanon, Lublin Philharmonic, Koshalin Symphony & Torun Symphony orchestra in Poland in just one year. Oriental Piano Project is one of the most uniquely composed tunes he has worked on. For that, he chose a good number of old traditional songs from the Orient that had never been written for the piano before. The project became extremely successful as these arrangements were performed in more than 15 countries in the last 12 years and were greatly admired by the audience.

Let’s have some fun: Douglas Adams said Bach invented blues. I tend to agree with him. What about you? Johnny Hachem: I definitely agree! For example, the American Jazz composer and pianist, the founder of the “Modern Jazz Quartet” was heavily influenced by Bach. He did a Jazz album of Bach compositions “Blues on Bach” and The American Jazz saxophonist, violinist, trumpeter & composer Ornette Coleman did many solos on Bach’s Prelude in C major. For me, Bach is the father of all music genres.

Mingle Music UK, wrote about him: To his name, he has a piano concerto, clarinet concerto and a large variety of instrumental and orchestral compositions that have been performed in Lebanon and Europe. Johnny is also a professor at the Lebanese Higher National Conservatory of Music. He has achieved a Masters degree in composition with distinction. It is true that nurturing talent takes practice, dedication, willingness to sacrifice and, of course, determination to keep the goal clear, even when the spot gets tight. When it comes to utter devotion and perseverance, Johnny Hachem, a Lebanese-Ukrainian composer and pianist, is one musician who has proved that with hard work, you can achieve anything in life.

How does it feel these days living in Ukraine, a tinderbox in the world, a multi-ethnic country, one famous for art and creativity? Johnny Hachem: I love Ukraine so much, it is my second country by all meanings. First, this country is very beautiful and so are its people. I got to know my wife Tetiania (Ukrainian) when I was giving a concert here nine years ago and I fell in love with the Ukrainian culture. The people of this country love music and art and they are pioneers in all artistic fields. 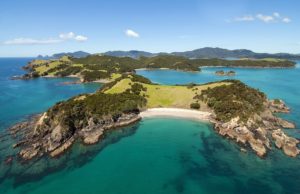